The Restitution of Knowledge

The Restitution of Knowledge: Artefacts as Archives in the (post)colonial Museum

‘The Restitution of Knowledge: Artefacts as Archives in the (post)colonial Museum, 1850-1939’ is a transnational collaboration between the University of Oxford and the Technische Universität Berlin, and forms part of African Restitution Research at the Pitt Rivers Museum. The £725,000 programme is funded by the Deutsche Forschungsgemeinschaft (DFG), the Arts and Humanities Research Council (AHRC), and the Oxford-Berlin Research Partnership.

The project identifies, researches, documents and rethinks the history and ongoing contemporary significance of ‘plunder’ in ethnographic collections via the investigation of punitive expeditions, small wars and campaigns on the continent of Africa between 1850-1939, with comparative examples from elsewhere across the Global South drawn into the dialogue and outcomes as appropriate.

Alongside the iconic and well-known examples such as the Benin Bronzes, Ashanti gold and the Magdala Royal Collections, taken through military interventions in Nigeria, Ghana and Ethiopia respectively, there have been many smaller, lesser known and unwritten missions, expeditions, skirmishes, that range across West and East Africa, as well as Southern Africa.

Making an intervention in the rapidly emerging field of colonial-era provenance research, the project addresses an urgent need among museum professionals, historians and communities of origin alike for a systematic inventory of these incidents where objects, art and artefacts were taken in punitive expeditions – an inventory that is at present entirely lacking. It further aims to investigate the sale and display of objects during the immediate aftermath of these missions, before they entered public and private collections in Europe.

The project has several overall objectives: 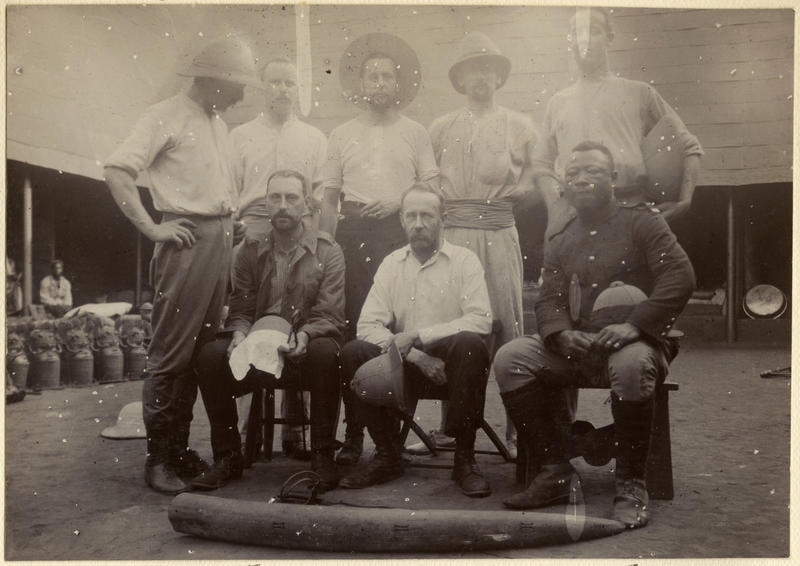 Want to find out more about research at the Museum, including other projects?