British administrator-anthropologist John Henry Hutton (1885–1968) made wax cylinder sound recordings in Nagaland over a hundred years ago, now held in the Pitt Rivers Museum. This international partnership project set out to return and circulate digital copies of these recordings and elicit responses from the community.

The project wanted to understand the relevance of such historic recordings held in a UK museum today for the Naga community. Might they be able to tell us something about the songs and their meaning?Has the music lost its relevance to today’s audiences? Ethnomusicologist Dr. Christian Poske brought digital copies of the recordings held in the Pitt Rivers Museum's Sound Collections to the Naga region in February 2022 with these questions in mind. Supported by the staff of The Highland Institute in Kohima and interns from Kohima Science College, he conducted listening sessions and interviews with participants between eight and seventy-eight years, documenting their reactions on film. 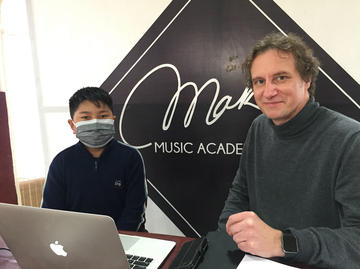 The project, funded by the International Association of Sound and Audiovisual Archives (IASA), reconnected Naga community members with the recordings from 1914–1919. With the help of listeners, the research team then enhanced the documentation and transferred digital copies from the Pitt Rivers Museum to the Archives and Research Center for Ethnomusicology in Gurgaon and the Highland Institute, making the recording collection permanently accessible in India.

Although Hutton’s recordings of traditional Naga songs have been online since 2012-2013, most participants heard these for the first time during the project. While many of them struggled to understand the songs because of their poor sound quality, some were able to provide surprisingly detailed information. In Khonoma, the Angami farmer Krusalie Sophi sang one of the songs recorded by Hutton in the village.

Other listening sessions took place at the Highland Institute in Kohima, where the Chang musician Benjong Kokba presented complete transcriptions and translations of the seven Chang songs on cylinder No. 7, which he had identified with the help of community elders. 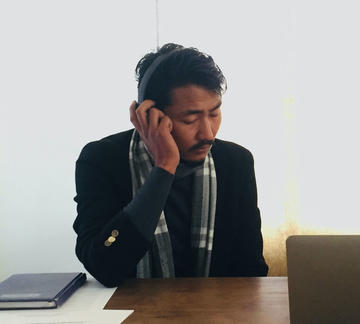 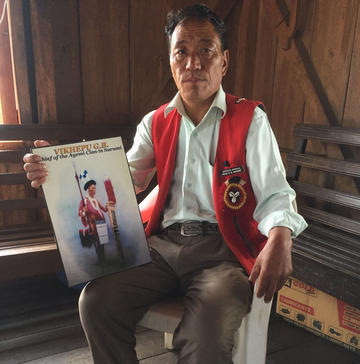 The project culminated with the sound exhibition “Naga Ancestral Voices: Songs, Stories, Beliefs” at the Highland Institute (23 April – 7 May 2022), which featured Hutton’s recordings and other recordings from Nagaland, as well as pieces of contemporary visual art thematising the changing soundscapes of Nagaland, designed by the Lotha artist Mhao Aaron Odyuo of The Art Village Kohima. The highlight of the opening was a live performance by the Tangkhul musician and Padma Shri recipient Guru Rewben Mashangva who came from Imphal to present Naga traditional music and his own compositions. 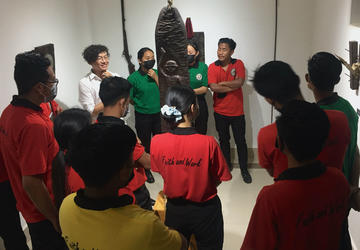 During the two weeks of the exhibition, the team held five workshops at the Institute with school and college students from Kohima and surroundings to further spread the word about Hutton’s recordings in Nagaland. 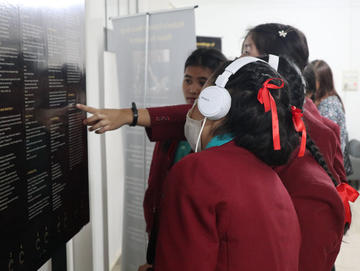 More pictures from the project are available on Instagram.