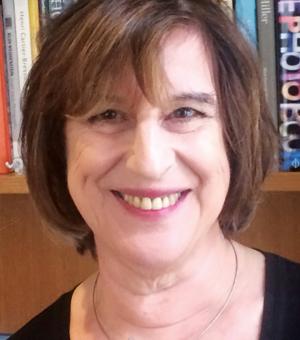 Patti Langton is a British anthropologist and documentary film-maker. Patti Langton studied anthropology at the Department of Ethnology and Prehistory in the Pitt Rivers Museum, Oxford, completing an MLitt by thesis on ethnicity in Sri Lanka.

She joined the first British Institute expedition to southern Sudan in January-March 1979, where she made a collection of objects for the Pitt Rivers Museum, mostly from the Moru, Tuich Dinka and Larim people. She returned to the Larim to conduct further fieldwork under difficult local conditions between January-July 1980 and subsequently worked as an award-winning producer for the BBC between 1982 and 1999, working on documentaries in Africa, India and Asia on cross-cultural and social issues including AIDS in developing world, migration and asylum seekers. Her film ‘A Time to Woo’ on marriage in the High Atlas Mountains of Morocco won a major prize at the Margaret Mead Film Festival for outstanding contribution to cross-cultural understanding, with two public screenings, as well as a special screening at the RAI Film Festival.

Patti Langton donated her collection of fieldwork negatives and slides in 2008 to the Pitt Rivers Museum as a result of the Museum’s southern Sudan project, which had made her collection of objects available online. Since January 2009 she has been cataloguing her field photographs in great detail. Instead of cataloguing the collection at a distance, the Museum arranged for her to have Research Associate status and come in regularly once a week to work on the documentation.

The Patti Langton audio collection consists of twelve audiocassettes containing music, as well as interviews, language and vocabulary. They were all recorded in Larim areas of South Sudan and include recordings of a wide range of men, women and children’s songs, including wedding songs, songs in praise of bulls, and children singing in praise of the rains. They contain some examples of instrumentation, including some beautiful sanza playing by Timon Beri, as well as the sounds of a recorder, and the sounds of metal and grinding stone percussion.

Want to find out about more of the Pitt Rivers Museum's research community?