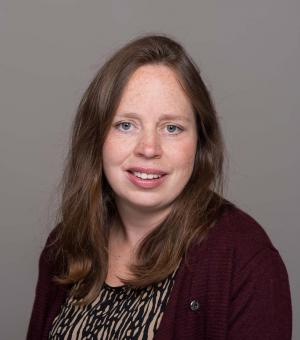 Faye has curated the following exhibitions at the Pitt Rivers Museum: ‘Made for Trade'; 'Pigeon Whistles: an Orchestra in Flight'; 'Iraqw Skirts: a tradition continued'; and 'Oxfordshire Folklore and Customs: Celebrating the centenary of antiquarian and folklorist Percy Manning', for which she also co-authored a chapter in the book ‘Percy Manning: The Man Who Collected Oxfordshire'.

In 2018, Faye organised the annual Museum Ethnographers Group conference held at the Pitt Rivers Museum on the topic ‘Decolonising the Museum in Practice', and gave a paper on a similar theme – 'Privileging Knowledge: Whose right is it?' – at the 2018 International Council of Museums documentation group conference.

Most recently, Faye has been supporting the work of the department during a major project to move objects from the Museum's off-site store to a new facility in order to improve access, documentation and storage conditions. She has also been writing the Museum’s repatriation policy.

Belsey, F and Ding, M ‘Percy Manning Contextualised: How Manning’s collection of lighting in the Pitt Rivers Museum tells us more about the man, his collection and it’s context’ in Percy Manning: The man who collected Oxfordshire, edited by Michael Heaney.

Belsey, F. ‘Privileging Knowledge, whose right is it?’