The photograph below was taken in the Upper Gallery of the Pitt Rivers Museum on the occasion of the first practical examination in anthropology in 1908. The central figure is Henry Balfour (1863–1939), the Museum’s first curator, pictured with the first three students to study anthropology at Oxford. Both the seated Barbara Freire-Marreco (later Aitken; 1879–1967) and boomerang-holding Francis Knowles (1886–1953) went on to carry out anthropological and archaeological work in association with the Museum, and the details of their lives and careers are well known. In contrast, until recently little was known about the life and career of the fourth figure, James Arthur Harley. Thanks to the ongoing work of Pamela Roberts, however, the story of his remarkable life can now be told. In particular, Roberts’s success in locating Harley’s personal archive in private hands in Shepshed, in Leicestershire, makes it possible to tell Harley’s story here through the personal documents, papers and photographs that he left in a battered suitcase.

Born in Antigua on 15 May 1873, Harley studied law and classics at Howard University in Washington, DC. Then, after a year at Yale, he studied Semitic languages at Harvard, where he was awarded a number of prizes. Following a further year’s study at the Episcopal Seminary in Cambridge, Massachusetts, he spent two years at Jesus College, Oxford, studying first theology and then anthropology. Perhaps surprisingly, Harley did not go on to pursue an academic career. Instead, he joined the Anglican Church, serving first as curate at Shepshed, then at Marshside in Kent. Ordained a priest in 1911, he served as curate in Deal, Kent, before apparently abandoning his clerical career around 1916. During the First World War, his application to enlist was turned down, so he trained and served in munitions instead. Returning to Shepshed, Harley entered local politics, initially as a Labour councillor and later as an independent. He was elected to Leicestershire County Council in 1937, serving in this role until his death on 12 May 1943, three days before his 70th birthday.

These bare facts are drawn from the papers in Harley’s archive, which document his life in great detail. What they fail to do, however, is to explain his life. They do not explain how a man born in Antigua – and who studied at Howard, Yale, Harvard and Oxford Universities, and entered the Church of England – spent the last twenty years of his life campaigning on local issues in rural Leicestershire. Numerous questions remain. For example, the archive tells us that Harley married Washington-born Josephine Maritcha Lawson in Oxford on 1 July 1910, but not why they apparently separated soon afterwards. The archive also records when and how Harley entered the Church, but does not explain why he left it.

Only a few documents from the Harley archive can be displayed here. What an examination of the whole archive suggests is that Harley was an intelligent man with a highly developed sense of personal status. He also appears to have been extremely loquacious, with passionately held opinions. He was clearly popular in Shepshed, winning a comfortable majority in the county council election of 1937, and is apparently fondly remembered there today. In attempting to understand Harley's life and career, we may be prompted to reflect in useful ways on the complex intertwining of education, religion, politics, and race in early 20th-century Britain.

Essay, titled ‘Japanese Shintoism – What Is It?’, written by Harley in 1907 during a year’s religious studies at Cambridge Episcopal Seminary, Massachusetts, awarded the Pierre Jay Prize ($100). (Courtesy Michael Wortley)

Typed announcement from The Antigua Standard, dated 28 September 1907, reporting Harley’s graduation from Harvard University with a BA with Honours in Semitic Languages, and his departure for Oxford, to read for Honours in Theology. ‘His is a proud record’, the notice concludes. (Courtesy Michael Wortley)

‘Certificate for Examination in Anthropology’ during Harley’s studies at the University of Oxford (Hilary Term, 1908). ‘I consider that the work which he has done’, signed Prof Edward B. Tylor, ‘is, proportionately to the time allotted to the subject, sufficient to qualify him for presenting himself as a Candidate for Examination for the Diploma in Anthropology.’ (Courtesy Michael Wortley)

Document confirming Harley’s declaration of assent to the Thirty-Nine Articles of Religion, 26 September 1909, at the time of his accepting the position of Stipendiary Curate in the Parish Church of St Botolph, in Shepshed, Leicestershire. (Courtesy Michael Wortley)

Portrait of Harley, one of several in his personal archive, here pictured dressed as a curate. Photographer unknown. Circa 1911. (Courtesy Michael Wortley)

Cover of All Deal Parish Magazine (March 1913), showing Harley’s description of himself as ‘Anthropologist, with Diploma of Oxford University’. (Courtesy Michael Wortley)

Campaign poster for the Leicestershire County Council election held on 6 March 1937: ‘VOTE FOR HARLEY [...] The man who lets Ratepayers know and gets mobbed for doing so’. (Courtesy Michael Wortley) 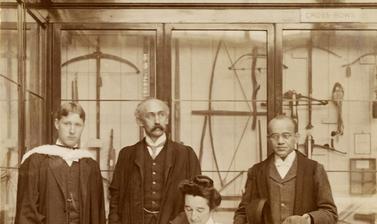 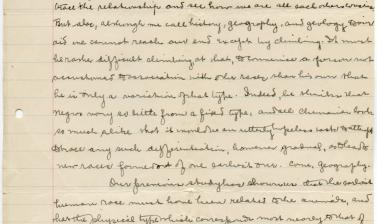 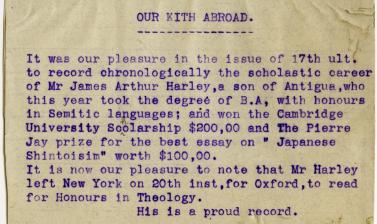 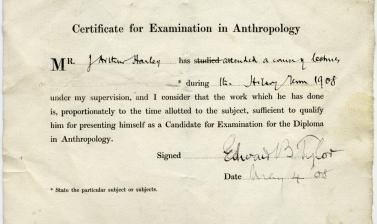 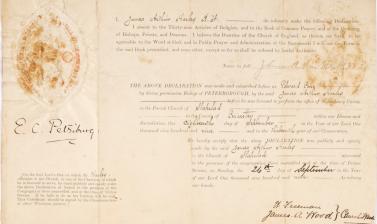 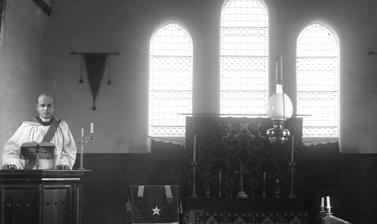 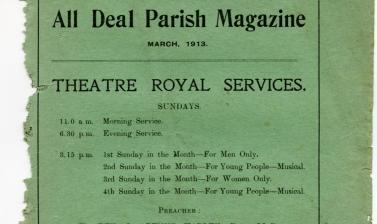 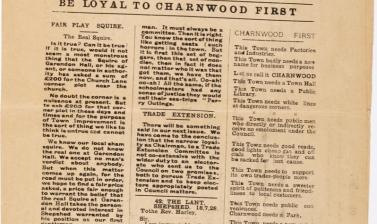 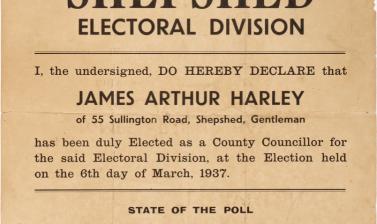