Register for this webinar here. 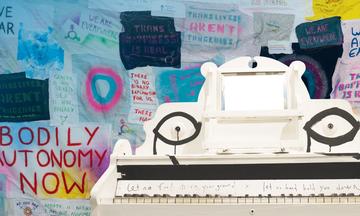 An unmissable international dialogue between Queer artists and museum professionals in Aotearoa, New Zealand and Polynesia with the Pitt Rivers Museum. This panel will discuss decolonising and 'queering' the Museum as inextricably related practices, looking at how gender and sexual identities beyond the colonial Western binary can and should be represented respectfully. 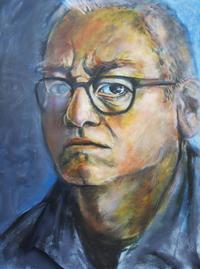 Dan Taulapapa McMullin is an artist and poet from Sāmoa Amelika (American Samoa). Their book of poems Coconut Milk (University of Arizona Press, 2013) was on the American Library Association Rainbow List Top Ten Books of the Year.  In 2018, Samoan Queer Lives, co-edited with Yuki Kihara, was published by Little Island Press of Aotearoa. Taulapapa's performance poem The Bat and other early works received a 1997 Poets&Writers Award from The Writers Loft. Their artwork was in exhibition at the Metropolitan Museum, De Young Museum, Oakland Museum, Musée du quai Branly, Bishop Museum, NYU's /A/P/A Gallery, and the United Nations. Their film Sinalela won the 2002 Honolulu Rainbow Film Festival Best Short Film Award. 100 Tikis is an art appropriation video at the intersection of tiki kitsch and indigenous sovereignty, and was the opening night film selection of the 2016 Présence Autochtone First Peoples Festival in Montreal; and was an Official Selection in the Fifo Tahiti International Oceania Documentary Film Festival; and at Pacifique Festival in Rochefort, France. Taulapapa's art studio and writing practice is based in Hudson, New York, where they live with their partner. They are currently working on a novel. 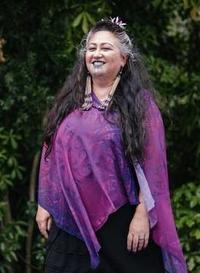 Chair/Founder of Tīwhanawhana Trust and an activist within the LGBTIQ community for nearly 30 years, Dr Kerekere says: "I am most passionate about the health and well-being of takatāpui and youth. Leading the political advocacy for Tīwhanawhana has me giving speeches, running workshops and training, conducting research, making resources, mentoring youth leaders and sitting on the national boards of LAGANZ (Rainbow Archive) and Ara Taiohi (Peak body for youth development). As an artist, I conceived the idea of a National Rainbow Strategy to weave together LGBTIQ needs and aspirations across our diverse cultures, sexes, genders and sexualities." 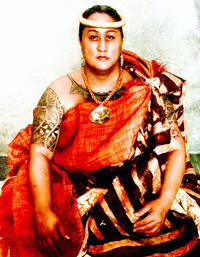 Hinaleimoana Wong-Kalu is a Native Hawaiian teacher, cultural practitioner and filmmaker, who uses digital media to protect and perpetuate indigenous languages and traditions. She began her film work as a protagonist and educational advisor for the award-winning films Kumu Hina and A Place in the Middle, and received a National Education Association Human Rights Award, Native Hawaiian Educator of the Year and White House Champion of Change Award for the groundbreaking impact campaigns associated with those films. Continuing her journey to the other side of the lens, Kumu Hina produced the PBS/ARTE feature documentary Leitis in Waiting and award-winning short Lady Eva about her transgender sisters in the Kingdom of Tonga. Hina is also a transgender health advocate, burial council chair, candidate for the Board of Trustees of the Office of Hawaiian Affairs, and composer of Ku Haaheo E Kuu Hawaii, the internationally-known anthem for the protection of Mauna Kea, which was honoured as Hawaiian Song of the Year in the 2020 Na Hoku Hanohano Awards, known as the Hawaiian Grammys.

To watch the film Hina made about the mahu identity, see https://www.kapaemahu.com.

Webinar supported by TORCH Oxford, as part of the Humanities Cultural Programme.