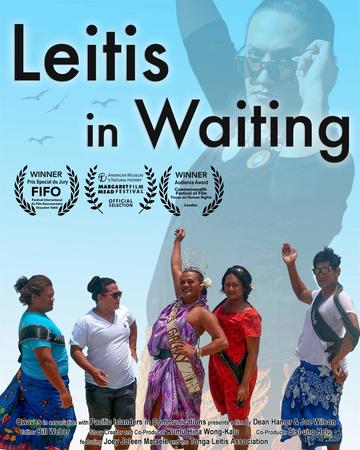 Register for this event here.

Leitis in Waiting is the story of Joey Mataele and the Tonga leitis, an intrepid group of native transgender women fighting a rising tide of religious fundamentalism and intolerance in their South Pacific kingdom. The film follows Joey, a devout Catholic of noble descent, as she organizes an exuberant beauty pageant presided over by a princess, provides shelter and training for a young contestant rejected by her family, and spars with American-financed evangelicals threatening to resurrect colonial-era laws that would criminalize the leitis' lives. With unexpected humour and extraordinary access to the kingdom's royals and religious leaders, Joey's emotional journey reveals what it means to be different in a society ruled by tradition, and what it takes to be accepted without forsaking who you are. Join one of the film's stars for a Q&A after the screening.

Joey Joleen Mataele (the film's protagonist) is a leader in the LGBTQI and human rights movements in the Pacific. She co-founded and currently chairs the Pacific Sexual and Gender Diversity Network, is the Pacific Island Representative for the International Gay and Lesbian Association, and chairperson of the South Pacific MSM Network Group. She co-founded the Tonga Leiti's Association in 1992 and developed the Miss Galaxy Pageant as an annual event to support it. Joey is also a talented singer and entertainer, who understands the importance of oral culture and the role of song, humour and dance in Pacific cultures.

Watch the trailer for Leitis in Waiting here.

Webinar supported by TORCH Oxford as part of the Humanities Cultural Programme.