A PROCESSION is a companion exhibition to the Ashmolean Museum’s new installation, A RESTORATION, by the celebrated contemporary artist Elizabeth Price. Both pieces are outcomes of the 2013 Contemporary Art Society Annual Award to the Ashmolean Museum of Art and Archaeology, the Pitt Rivers Museum, the Ruskin School of Art and Elizabeth Price, who teaches art at the University of Oxford. The work comprising ‘A PROCESSION’ draws upon, and imaginatively transforms, the Pitt Rivers Museum’s collection of ethnographic photographs.

The archival series that lies at the heart of the work was assembled from a wide variety of sources by the Museum’s first curator, Henry Balfour (1863–1939). ‘Photos I find are so important an adjunct to a museum’, he wrote in 1896, ‘that I try to beg all I can for a series I am making for the Museum.’ By 1920 he had accumulated over four thousand prints and negatives and by 1930 decided to create a systematic research resource out of the material. ‘When completed’, he noted, ‘this collection will be very valuable for reference.’

Following his own interest in comparative technology, Balfour created a cross-cultural thematic series for the photographs. Pasted onto uniform cards and kept in a series of Solander boxes, it included such topics as ‘food quest’, ‘deformation and disease’, ‘tattooing and cicatrisation’, ‘land travel and transport’, ‘dance and drama’, and ‘magic and religion’. Within the thematic groupings, photographs taken by a wide variety of photographers between the 1860s and early 1930s were brought together. A further series – a mixed geographical one – was created by Balfour and his assistant E. S. Thomas to run alongside the thematic one. This arrangement meant that researchers would be able to search the photographic archive both thematically and geographically, in keeping with the Museum’s arrangement of artefacts.

‘A PROCESSION’ takes the form of a series of photographs, etchings and screen prints made in response to Balfour’s archival photograph series. The prints are composed as a frieze and are used to imagine the archive as a kind of figurative space through which a formal procession or sombre dance could be made. The archival photographs on which the work draws have been reprinted and manually manipulated as physical objects: folded and creased in order to create shallow reliefs and freestanding constructions. Re-photographed and printed as etchings, these acted as a notional ‘set’ for the procession and also to derive a score for its choreography.

Born in Bradford in 1966, Elizabeth Price studied at the Ruskin School of Art and the Royal College of Art, London, and gained a PhD in Fine Art from the University of Leeds. She was the first artist-in-residence at the Rutherford Appleton Space Laboratory in Oxfordshire and has exhibited at Tate Britain, BFI Southbank, the Whitechapel Art Gallery, Chisenhale, the Museum of Contemporary Art, Washington DC, BALTIC (Gateshead) and Frieze Art Fair. She was awarded the Turner Prize in 2012 and then a year later received the 2013 Contemporary Art Society Annual Award, making her the recipient of two of the British art world’s most significant awards within twelve months. She has also been awarded the Paul Hamlyn Award for Artists. 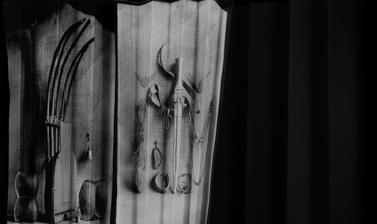 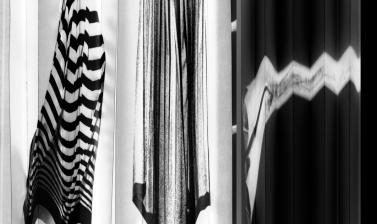 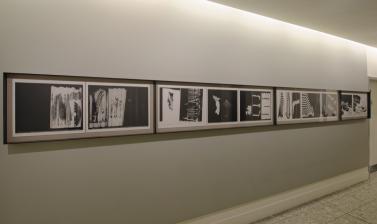 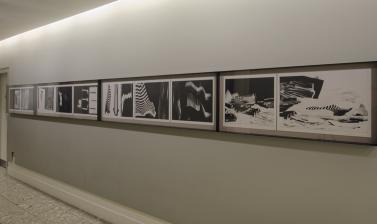 You can read an article by Christopher Morton on the exhibition’s award by the Contemporary Art Society here (Blogger/Pitt Rivers Museum Photograph and Manuscript Collections).