Blow-Up in Bissau: Photography and Museum Revival in West Africa

The National Ethnographic Museum of Guinea-Bissau, which opened in 1988, once housed a unique collection of objects from different cultural groups in West Africa, with photographs displayed alongside showing them being used or worn. During the civil war of 1998–9 the Museum was occupied by Senegalese troops who had joined government forces, resulting in damage and loss to the Museum and its collections.

However not everything was destroyed; 450 sheets of contact prints did survive, documenting the collections that the Museum once housed in the country’s capital Bissau, and the ethnographic work its staff undertook during the 1980s in order to found their museum. The contact prints, so called for the way they are developed directly from negatives, have been revisited, digitised, enlarged (‘blown-up’) and reproduced here to tell the story of the Museum and its history. Working with Museum Director Dr Albano Mendes, it was possible to reconstruct the early history of the Museum and create an exhibition in Bissau in 2017.

The contact prints that survived depict the Museum’s various interests and past displays, photographs of its objects, fieldwork photographs showing objects being used, as well as members of local communities. Thematic displays included local architecture, arts and craft, performances, and food production. Developed as quick reference prints, many of the contact print sheets are worn and punched with holes for filing. Connections between the small rows of images can be seen on closer inspection, helping to weave together the Museum’s history.

The National Ethnographic Museum (founded 1988) was relocated in 2010, rehousing the objects and records that had survived the civil war. The Museum’s new building used to house the old Museum of Portuguese Guinea (1946–1974) that had been set up in colonial times. With a new home, new displays could be organized, although this took some time. In September 2017 an exhibition using blown-up images from the contact prints and surviving objects was finally created in the Museum, to tell its past and signal a future.

Working with the Museum team, the curators of this exhibition selected contact print images to be reprinted in graphic displays. Images were organized thematically (weaving, livelihoods, religion, historical places, games, etc.) with texts for each theme, on thirteen roll-up banners, and with objects displayed on plinths nearby. Among the many visitors who came on the day of the opening, 15 September 2017, was the Minister of Culture, who promised financial support for the Museum.

The exhibition was reviewed by the media as the revival of the Museum, and ever since that day the Museum remains open daily to the public, with schools and universities visiting it regularly. The roll-ups with the reconstructed images played the same role as the images on the walls of the lost Museum, reviving the important work that the Museum once did in documenting and celebrating the remarkable cultures of Guinea-Bissau. 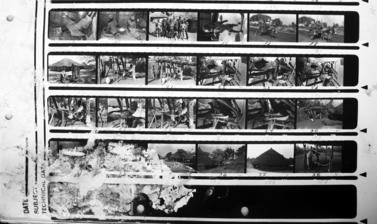 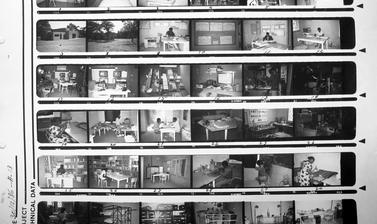 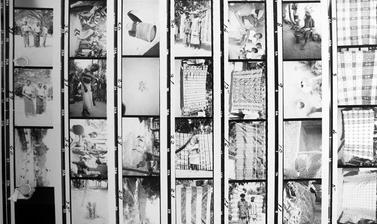 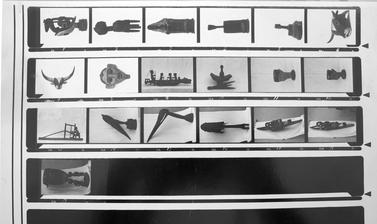 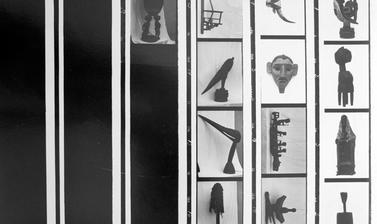 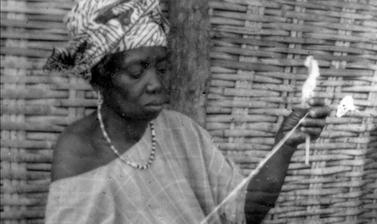 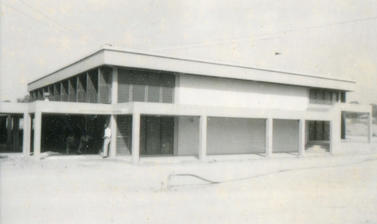 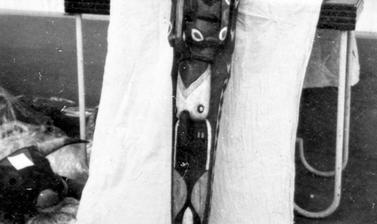 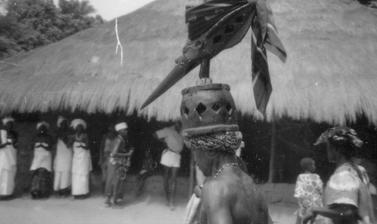 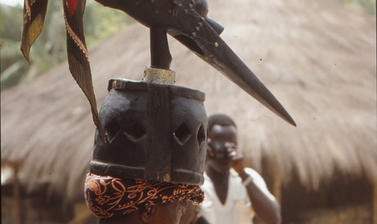 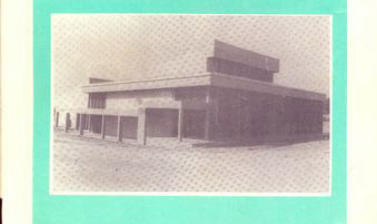 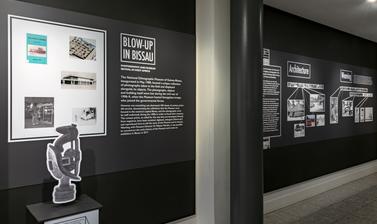 Blow-Up in Bissau: Photography and Museum Revival in Guinea-Bissau from Pitt Rivers Museum on Vimeo.