Searching for an artefact that combines contemporary queer and Christian identities did not produce many choices. Queer people of faith have always existed but often remain invisible in the UK. Around a third of LGBTQIA+ people feel unable to share their identity with their religious community, according to a 2018 Stonewall survey. But this is changing. Many individuals are speaking out and supporting others. Queer-friendly faith organisations in the UK are campaigning for rights, creating safe spaces for people to meet, and training clergy in diversity. This movement is present throughout world religions. Attitudes change slowly but support and love is out there.

Brother-Making - A Different Kind of Partner Bond in Medieval Europe? 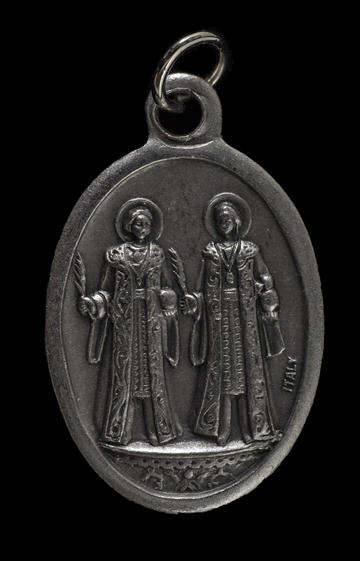 Heterosexual marriage was not always the only legal arrangement for sharing a household. From 800-1600 CE the Church blessed non-nuclear families in several regions of Christian Europe. People of the same gender could enter a union, agreeing to share their possessions and become each other’s legal heir. Academics have debated whether sexual activity occurred between partners, as suggested by John Boswell and Nik Jovčić-Sas. Others have argued that these ceremonies were an active part of religious life until the 1900s, like Claudia Rapp and some Eastern Orthodox Christian scholars. Either way, the Church upheld these relationships as spiritually meaningful and ceremonies were filled with symbols of love and devotion such as the bond between Syrian Christian physicians Saint Cosmas and Saint Damian. Could the social construct of the nuclear family be a relatively recent convention, obscuring richness and diversity in Christian history? 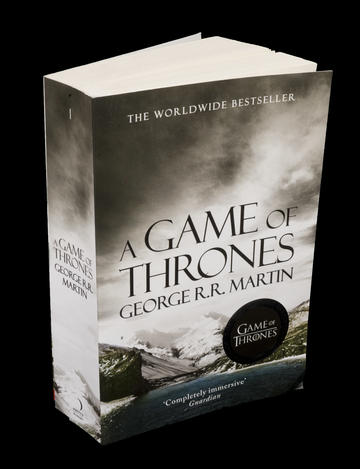 Cultural narratives featuring people of faith in conflict with the queer community far outnumber those depicting harmony. The books and TV series Game of Thrones have been praised for accurately representing medieval European life, yet they portray antagonism between religion and variant sexuality which does not reflect history. Scholars like Alan Tulchin argue that the medieval Catholic Church was no more opposed to homosexuality than non-procreative heterosexual sex. The canonisation of queer saints shows that early Christianity could celebrate non-conformity. Saint Julian of Norwich, a nun in the 1400s, wrote of God as both father and mother. The Madonna of Montevergine miraculously saved a male-male couple from homophobic violence in 1256. Assigned-female Saint Wilgefortis prayed to avoid marriage in the 1400s and was rewarded by growing a full beard. They might be proud to know that the attitudes of ordinary worshippers have become increasingly accepting since the 1980s. In a study by Ben Clements in 2017, UK Christians were as LGBTQIA+ friendly as those who identified as non-religious.