Rethinking Relationships and Building Trust around African Collections is a DCMS-funded (begun 2019) project that develops new practice around the Kenyan and Nigerian collections at the Horniman Museum, the Pitt Rivers Museum, University of Oxford, the Museum of Archaeology and Anthropology, University of Cambridge and the World Museum in Liverpool. 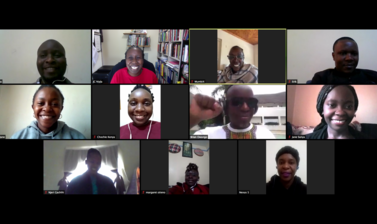 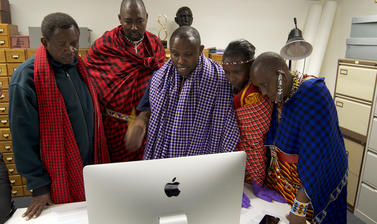 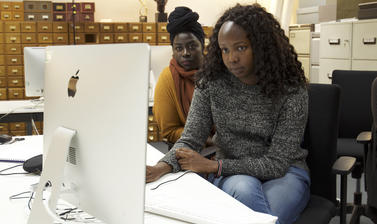 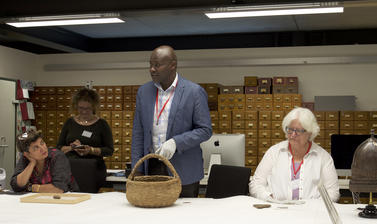 The project is working with heritage professionals, community members, researchers, artists and other stakeholders in Kenya, Nigeria and the UK to develop thinking about the future of the collections.

The project lead researcher is JC Niala, a doctoral researcher in anthropology at the University of Oxford.

Supporting the thinking is a research process that involves stakeholders collaboratively developing questions about the collections and their provenance – how they came to be in each museum’s collection – that includes linking the objects to historical events and key moments in the history of collecting.

The project will be facilitating visits by stakeholders to see each museum’s collections, as well as holding workshops in all three countries as a basis for equitable exchange that can contribute to the future care of the collections.

The project has already begun to engage with issues of representation in the collections, identifying information that need updating and opening possibilities for stakeholders to work directly with the collections.

My name is Rukayat Usman from Nigeria. I am currently a graduate student at the Institute of African Studies Ibadan, studying Diaspora and Transnational Studies and I had my first degree in History and International Studies. I was excited to be a part of a project of this nature partly because of the insight I had acquired from my background about a number of African originated objects held in museums and private collections across the world, and it ignited some curiosity in me to investigate if material culture acquires a different character once they are away from people to whom it holds meaning to.

The other part of my excitement came from the discovery of the wealth of objects held by the museums participating in this project. It shocked me deeply seeing objects I was barely aquatinted with as a child, being held seas away from me. This produced a paradoxical effect of sadness because I realised that seeing is preserving memory, and collective memory is a culture’s identity, therefore, without seeing or access, an identity is eroded.

I chose to work with objects that portray utility in the day to day lives of its makers and have not lost their usage or cultural relevance, though their use has declined a great deal, and many are now being repurposed to serve as mere aesthetics in interior décor. All objects I worked with were from the Pitt Rivers Museum, Oxford, for ease of accessing and arranging the objects. In the course of this research, I realised that no object stands alone in the African corpus, so in order to be able to make a meaning of them, they had to be analysed in relation with other objects they are used with and situations that bring their uses about.

This, I think, could be translated in the way these objects are displayed. They should be displayed in a “community” of theirs where they are displayed in a setting crafted after how they are used in Nigeria, not just with a number of objects that are closely related with them. Also, though a picture can be worth a thousand words, sometimes pictures of objects which have be rearranged or tampered with in some way or taken from an angle that does not clearly depict the object, can distort a respondent’s knowledge of them. It is great that museums are already adopting digital display of objects, however, it would be enthralling to see museums take advantage of designing programs in 3-D virtual reality that can take people into a near real feel and circumstances of how and the time epochs when these objects were used and made.

Finally, it would be a pleasure to see these museums establishing branches in Africa so objects can be accessible to the cultures whom their identities are closely tied to accessing these objects.