After a great deal of work by our colleagues in Engineering Science, including a visit to the Bate Collection to look at the wooden block in the original ivory recorder, a printable block file has been produced.

Whilst the CT scan produced an excellent scan of the Ivory parts of the instrument, the scan of the wooden block was less successful. And given the importance of the shape the outer surface of the block has on influencing the sound of the recorder, this was major a problem.

The original block is made from porous, light, cedar wood which also has tunnels from woodworm damage running through it. This resulted in a huge amount of CT scan data and a file that was so large that it wasn’t possible for a laptop or desktop PC to handle the data. Also, some of the ‘holes’ in the scan data are in reality areas of low-density wood which the CT scan did not pick up.

The solution was to reverse engineer the surface of the block using CAD software to digitally ‘cover’ the block with an outer layer, and then to convert it to a solid object, eliminating all of the tunnels and pores inside the wood – this was done by colleagues in the Engineering Science department using Rhino - 3D modelling software.

We in fact produced many different versions of the block using both the scan data and carving examples by hand. These were then test fitted into an ABS print of the mouthpiece and tested to see if we could actually make a functioning recorder.

Happily, we now have printable files for all parts of the recorder and are about to print several versions of the original recorder in different resins, and using different techniques.

There will be a chance to hear the original and the replicas, and to compare any differences in the sound, on the 14th September at the Pitt Rivers – the event is part of Oxford Open Doors Weekend. 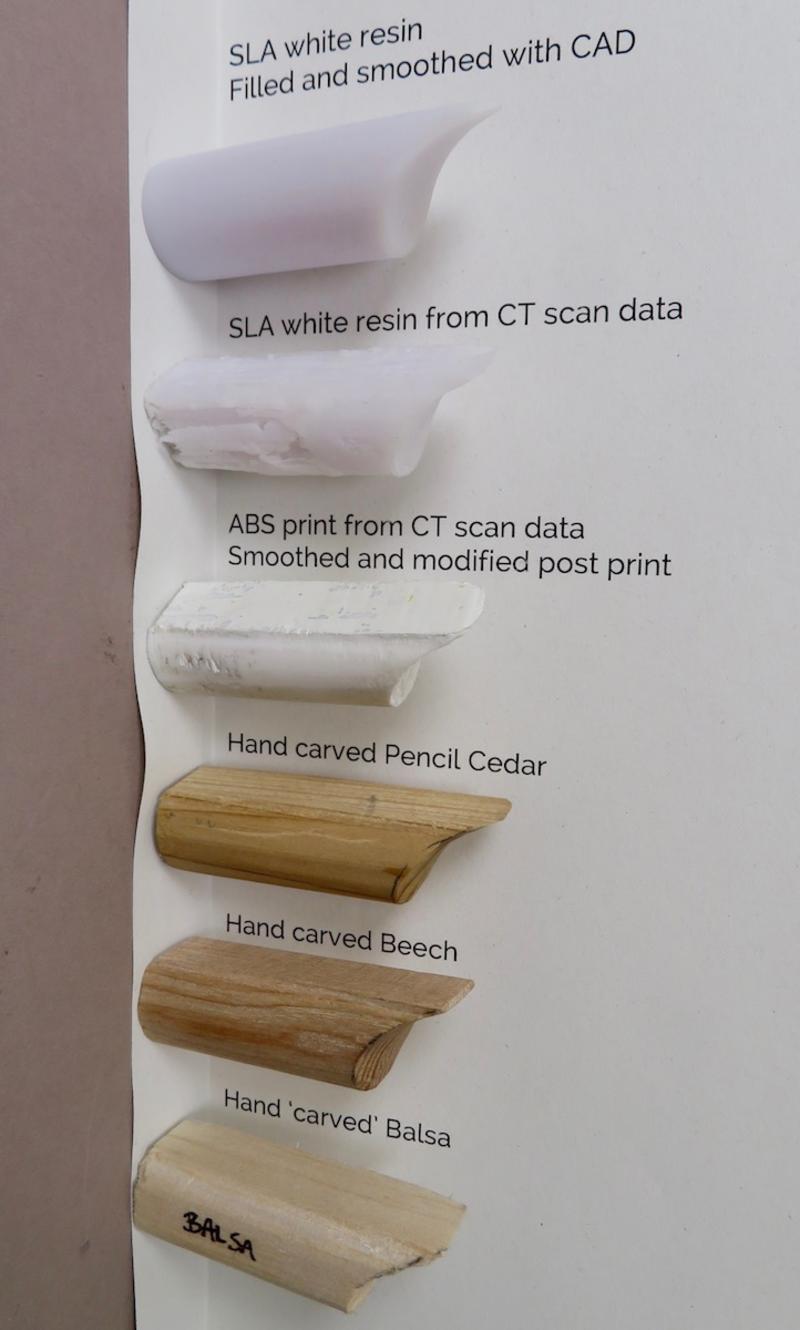 Back to Plastic Fantastic?