Ubuntu: Defending a Humanity of Difference

Register for this event here.

Régis Samba-Kounzi's work oscillates between autobiographical narrative, aesthetic research and political approach. His photos evoke the visibility of sexual and gender minorities - particularly in French-speaking Africa - and, in particular, in Congo-Kinshasha. All his work is deeply marked by the fight against HIV/AIDS, in particular and more generally by the fight against dehumanization. This webinar is born out of the need to share his artistic approach and to exchange with people who have participated in the Lolendo series, photos from which can be found in the Beyond the Binary exhibition at PItt Rivers Museum (June 2021 - March 2022). This webinar is an opportunity to discuss the experience of Congolese LGBTIQ+ people and to give voice to their struggle for dignity.

This event will be delivered in French with live subtitles generated in English. 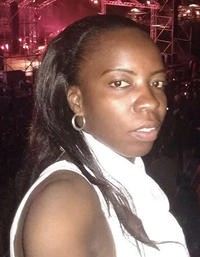 Julie Makuala Di Baku is a Congolese lesbian activist from Kinshasa, founder and executive director of Oasis, a Congolese association for Lesbian, Bisexual and Trans women. 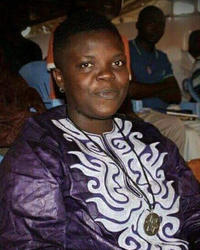 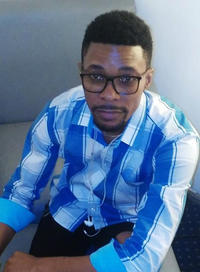 Orphée Mubake has been a human rights activist for many years. He has notably worked for the association 'Si Jeunessse Savait'. Currently, he is head of the Mwangaza structure based in Kinshasha and operator of the green line of the association 'Progrès Santé Sans Prix' (PSSP). 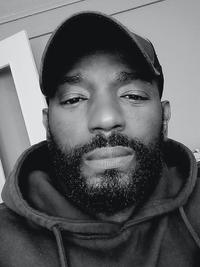 Régis Samba-Kounzi is a French-Congolese-Angolan photographer and activist who lives and works between Paris and Kinshasha. His 'Lolendo' series (2015) is a documentary and artistic project that strives to decolonize fixed imaginaries about sexual minorities in Kinshasha, DRC. Images from Lolendo are powerful additions to the Beyond the Binary exhibition.

Thomas Hendriks is a postdoctoral research fellow at the KU Leuven University (Belgium). His theoretical work on queer masculinities in Kinshasa and Kisangani is deeply indebted to the creative ways in which self-consciously effeminate or 'fioto' men and their boyfriens think and experience the world.

Webinar supported by TORCH Oxford as part of the Humanities Cultural Programme.