Surviving Tsunami: Photographs in the Aftermath of the Great East Japan Earthquake

Photographs in the Aftermath of the Great East Japan Earthquake

This exhibition presents visual material from a volunteer-led project in Japan to salvage and conserve historic photograph collections after two museums and a library in Rikuzentakata, Iwate Prefecture, were destroyed in the 2011 tsunami. A team of more than sixty volunteers continues to work on the Rikuzentakata Disaster Document Digitalization Project, drying, cleaning, digitizing and documenting over 65,000 photographs, many of which record life in the Tohoku region over the last century.

On 11 March 2011 a devastating earthquake and resulting tsunami struck Japan’s north-eastern Tohoku region of Honshu, followed by a nuclear crisis at the power plant in Fukushima. At the centre of the tsunami’s destructive path, and among the most badly affected places in the region, was the coastal city of Rikuzentakata, in Iwate Prefecture, described variously in news reports as being ‘completely flattened’ and ‘wiped off the map’. A city of over 23,000 people, Rikuzentakata saw the loss of more than two thousand inhabitants and nearly all of its houses and larger buildings.

Rikuzentakata City Museum was one of three institutions in the city, together with the Museum of Oceans and Shellfish and Rikuzentakata City Library, which were destroyed by the onrush of water, leaving large parts of their historic collections waterlogged and covered in mud or fine silt. Following the immediate disaster relief operation, material was removed to the former Oide Elementary School where, in an effort coordinated by the regional authorities and carried out by several different volunteer groups, the initial process of drying and cleaning the items began.

Among the collections salvaged from the three institutions in Rikuzentakata was a wide range of photographic material, including prints, glass plates, film negatives and slides. Much of this was found to be in a poor condition, the result of water damage from the tsunami. Recognising that specialist expertise would be required, a general appeal for assistance was sent out, resulting soon afterwards in the establishment of the Rikuzentakata Disaster Document Digitalization Project (‘RD3 Project’). Bringing together professionals with a knowledge of photographic materials and non-specialists wanting to help, the RD3 Project was given responsibility by Iwate Prefecture for the full range of these damaged collections. After securing funding for conservation equipment, and premises for a workspace in Tokyo (later transferred to Yokohama), volunteer members of the project set about the task, which is still ongoing, to conserve as much of the material as possible.

Once received, consignments of photographic material are laid out to dry in the RD3 Project’s workspace. A particular problem was found to be posed by Rikuzentakata City Museum’s collection of 1,600 glass plates, since the wet emulsion had stuck many of these together in their boxes, the solution discovered being to separate them carefully with a thin blade, a delicate procedure requiring patience and a steady hand. More modern materials, such as 35 mm film negatives, are meticulously cut out of their storage sleeves and arranged on tables to dry.

After drying, the assorted photographic materials have any remaining dirt systematically removed by hand. Each photograph is then digitized, with all additional information on both the front and back of items being recorded. Finally, the photographs are sleeved and stored appropriately for their return to Rikuzentakata, while digital information is uploaded to an online database, allowing museum staff elsewhere to have instant access to the full range of material. An entirely volunteer-run iniative, the RD3 Project has to date involved more than sixty people working together to dry, clean, digitize and document over 65,000 photographs, many of which record life in the Tohoku region most seriously affected by the tsunami.

A 35 mm slide salvaged after the tsunami, still wet from being exposed to the water. (Copyright RD3 Project/Rikuzentakata City Museum) 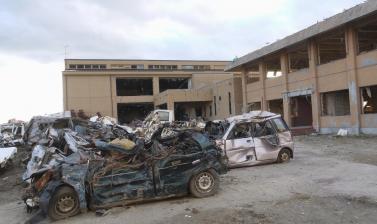 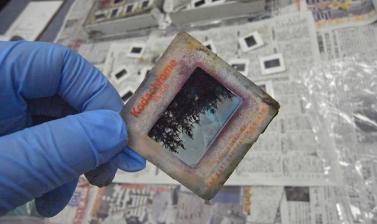 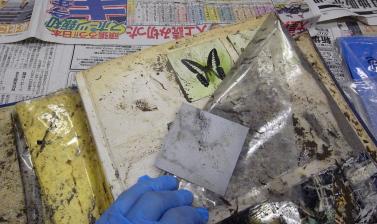 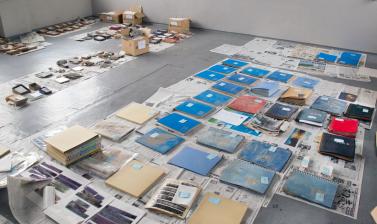 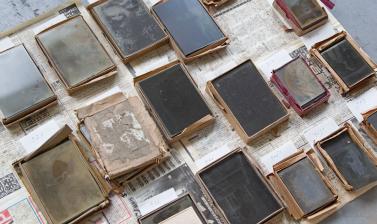 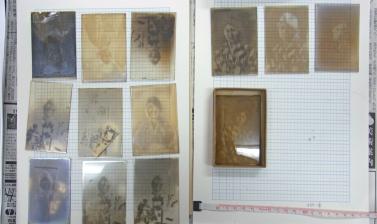 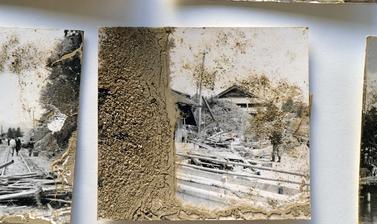 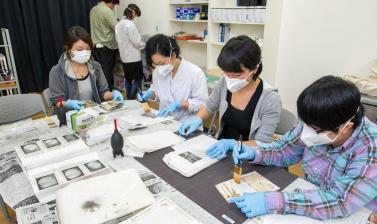 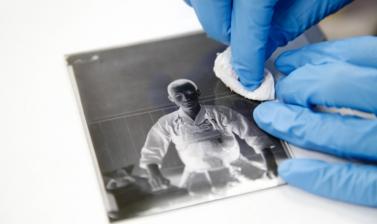 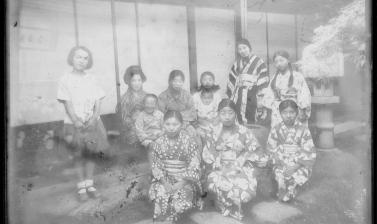 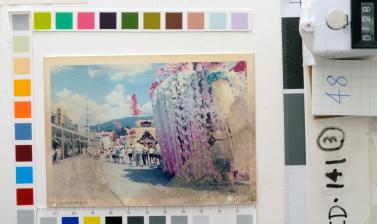 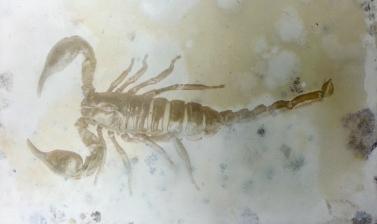 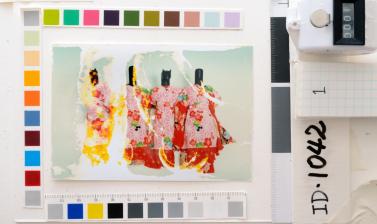 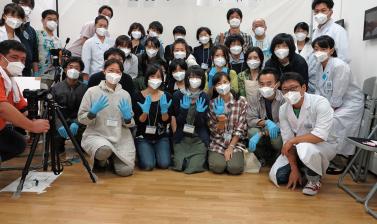 After the Quake: Legacy of the Tsunami from Pitt Rivers Museum on Vimeo.

You can read an article by curator Philip Grover on the background to his development of the exhibition online here (Blogger/Pitt Rivers Museum Photograph and Manuscript Collections).