Register for your ticket here. 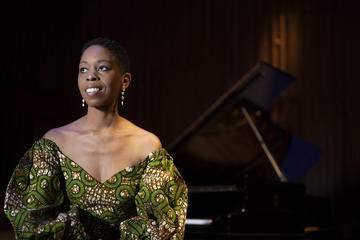 A panel discussion and Q & A focussing on music, migration and cultural memory relating to people of African descent across the continent and diaspora and to the experiences of the event's featured performers and speakers. The discussion will be moderated by musicologist-pianist Dr Samantha Ege and the panel will feature Ashleigh Gordon, Tiece and Bongani Ndodana-Breen.

Plus live music by Boston-based string quartet Castle of our Skins performing with commentary by Dr Samantha Ege in the Museum.

This event is part of the Humanities Cultural Programme in collaboration with Intersectional Humanities and is supported by TORCH.

Find out more about Castle of our Skins and their Humanities Cultural Programme Visiting Fellowship.

The panel discussion will be live-streamed. 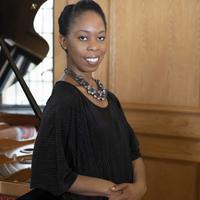 Dr Samantha Ege is a musicologist, pianist and the Lord Crewe Junior Research Fellow in Music at Lincoln College, University of Oxford. She belongs to a new generation of practitioners who are redefining classical music and illuminating the diversity of its past, present and future. Samantha released her debut album, Four Women: Music for solo piano by Price, Kaprálová, Bilsland and Bonds (Wave Theory Records) in May 2018. She released Fantasie Nègre: The Piano Music of Florence Price in March 2021 (Lorelt). Fantasie Nègre received critical acclaim in BBC Music Magazine, The Telegraph, New York Times and Washington Post. She gave the world premiere performance of Fantasie Nègre at the London Festival of American Music in September 2021, followed by the second UK performance of Fantasie Nègre and the UK premiere of Vítězslava Kaprálová’s Sonata Appassionata at her Barbican debut in November 2021. Her latest album is called Black Renaissance Woman (Lorelt).

Samantha’s performances and publications shed an important light on composers from underrepresented backgrounds. In 2021, she received the American Musicological Society's Noah Greenberg Award for her recording project on five female composer-pianists from the Black Renaissance era. In 2019, she received both the Society for American Music’s Eileen Southern Fellowship and a Newberry Library Short-Term Residential Fellowship for her work on women's contributions to concert life in interwar Chicago. Samantha’s first book is called South Side Impresarios: Race Women in the Realm of Music (University of Illinois Press, under contract). She has been contracted as co-author alongside Douglas Shadle of Price (Master Musicians Series, Oxford University Press) and co-editor alongside A. Kori Hill of The Cambridge Companion to Florence B. Price (Cambridge University Press). 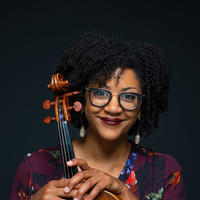 Ashleigh Gordon, described as a “charismatic and captivating performer,” has recorded with Switzerland's Ensemble Proton and Germany's Ensemble Modern; performed with Grammy-award winning BMOP and A Far Cry; and appeared at the prestigious BBC Proms Festival with the Chineke! Orchestra. Comfortable on an international stage, she has performed in the Royal Albert and Royal Festival Halls (London), Konzerthaus Berlin and Oper Frankfurt (Germany), Gare du Nord and Dampfzentrale Bern (Switzerland) Centre Pompidou (Paris), and the Lee Hysan Concert Hall (Hong Kong).

Ashleigh is co-founder, Artistic/Executive Director and violist of Castle of our Skins, a Boston-based concert and educational series devoted to celebrating Black Artistry through music. In recognition of her work, she has presented at IDEAS UMass Boston Conference and 180 Degrees Festival in Bulgaria; has been featured in the International Musician and Improper Bostonian magazines as well as the Boston Globe; and was awarded the 2016 Charles Walton Diversity Advocate Award from the American Federation of Musicians. She is a 2015 St. Botolph Emerging Artist Award recipient, a 2019 Brother Thomas Fellow, a nominee for the 2020 "Americans for the Arts Johnson Fellowship for Artists Transforming Communities,” and named one of WBUR’s “ARTery 25”, twenty-five millennials of color impacting Boston’s arts and culture scene. ​ 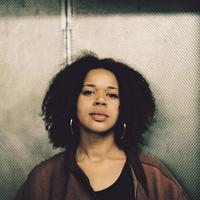 Tiece ... bringing you neo-soulful, electric blues with a trip-hop tinge, UK Based, Tiece is a singer, song-writer and producer. Tiece's voice is a concoction of jazz, soul and blues and writing reflects a pensive narrative with an element of humour.

Her music production draws inspiration from manipulating sound to create new colours and textures within her music. 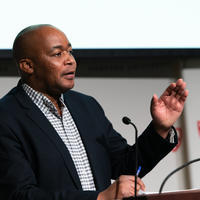 Bongani Ndodana-Breen has written a wide range of music encompassing symphonic work and opera. He is the composer of Winnie, The Opera based on the life of Winnie Mandela, Credo an oratorio based on South Africa’s Freedom Charter and Harmonia Ubuntu premiered by the Minnesota Orchestra on their historic tour of South Africa. According to The New York Times his “delicately made music - airy, spacious, terribly complex but never convoluted - has a lot to teach the Western wizards of metric modulation and layered rhythms about grace and balance.”

Radical Hope: We're inviting visitors to connect with the themes driving Pitt Rivers Museum's 2022 research, curation and engagement programmes: immerse yourself in the Play! Project; deconstruct stereotypes as we move Beyond Binaries; join us in Radical Hope to imagine equitable and decolonised heritage spaces; and see a different side to the collections through Museums at Night.