Oxfordshire Folklore and Customs: Celebrating the Centenary of Antiquarian and Folklorist Percy Manning

Celebrating the Centenary of Antiquarian and Folklorist Percy Manning

2017 sees the centenary of the death of the antiquarian and folklorist Percy Manning (1870–1917). Manning had a keen interest in archaeology and the history of English customs and traditions. Although his name is not well known, he amassed enormous collections about the history of Oxford and Oxfordshire, which now constitute a valuable resource in the University of Oxford’s libraries and museums.

Manning was interested in all periods of history and prehistory, collecting stone age tools, Roman coins, medieval tiles, and relics of ways of life that were disappearing in his own day, such as decorated police truncheons and local pottery, lacemaking paraphernalia and everyday objects. He collected literally thousands of prints depicting Oxford and places in the county. In doing so he made records of changes in the built environment, and moved beyond material objects to uncover and document superstitions, folklore and customs, especially where he thought they were disappearing. He sought out May songs and Morris dancers, reviving the Headington Quarry Morris Dancers in 1899. Manning used informants to collect objects and stories from local people. The map used for the background of the display case was annotated by Manning with sites of archaeological significance in Oxfordshire. (Percy Manning’s archaeological archive is held by the Ashmolean Museum.) There is scarcely a community in the county which is not reflected somewhere in his collections.

Percy Manning donated over two hundred objects to the Pitt Rivers Museum during his lifetime.

Percy Manning and the Revival of Morris Dancing

Percy Manning had a pioneering influence on the preservation and revival of English Morris dancing traditions. On 15 March 1899, Manning, with the help of his friend and colleague Thomas James Carter and Thomas William Taphouse, an enthusiastic collector of folk music, arranged a public performance of the revived Headington Quarry Morris at the Corn Exchange, Oxford. Prior to this the side had not danced together for about ten years. The performance generated much interest and prompted the Headington Quarry Morris to continue dancing, giving open air performances around the county. One of these performances was watched by Cecil Sharp, the founding father of folk-song revival in England in the early twentieth century and the founder of the English Folk Dance Society. The interest of Manning, Taphouse, Sharp and other collectors in these dying customs and traditions has enabled their survival today. The meeting at Sandford Cottage between Cecil Sharp and the Headington Quarry group on Boxing Day 1899 is celebrated as marking the origin of the folk dance revival in Britain.

Poster for the 2017 celebrations across Oxford marking the centenary of Percy Manning (1870–1917), ‘the man who collected Oxfordshire’. 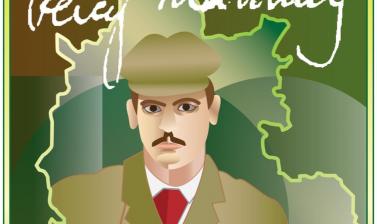 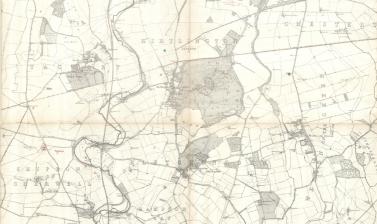 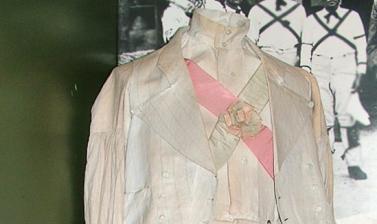 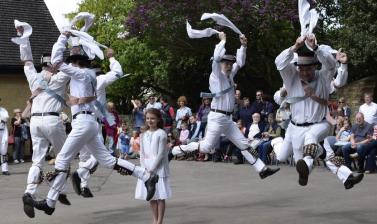 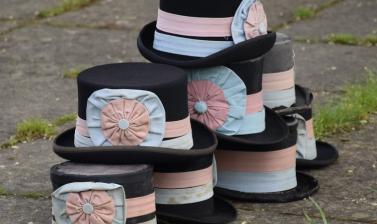 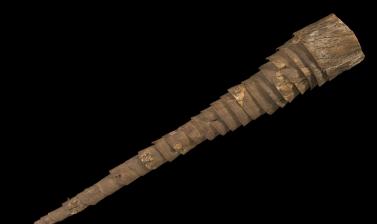 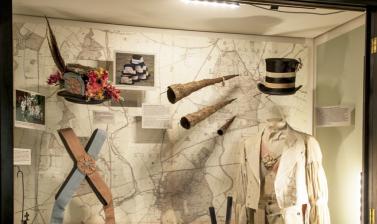 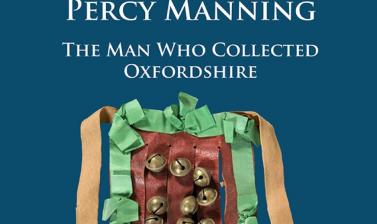 A new book has been published to commemorate the centenary of Percy Manning: Michael Heaney (ed.), Percy Manning: The Man Who Collected Oxfordshire (Oxford: Archaeopress, 2017). You can order the book here (Archaeopress).