How can ethnographic and world cultures museums use their collections and galleries as spaces which create active discussion around the impact of humans on the planet, while also highlighting what long-term perspectives can tell us about sustainability for developing positive futures? The project TAKING CARE explores the connections between ethnographic collections and questions regarding the climate crisis, the Anthropocene and issues related to the afterlives of colonialism.

Register for this event here

In the third week of the Matters of Care: Museum Futures in Times of Planetary Precarity Conference series, we are joined by two filmmakers, Itandehui Jansen and Camilla Andersen, who will talk to Lotten Gustaffson Reinius and Thandiwe Wilson about the process of creating thought-provoking films as a form of activism.

Dr Itandehui Jansen is a filmmaker and Lecturer in Film & TV in the Edinburgh College of Art, University of Edinburgh. Her films have been shown at film festivals such as the Short Film Corner of Cannes, and have won various prizes, including first prize at the Bluestocking Film Series Festival in Portland for her film Alma y Esperanza. Itandehui is particularly interested in representations of diversity in film. Her practice-based research explores questions of identity, cultural heritage and human connections to and interactions with landscape.

'Eyes on and from the changing Arctic'

Camilla Andersen is a documentary photographer and filmmaker from Alta, northern Norway. Her work has political views on both social and anthropological issues related to cultural diversities, climate change, environment, gender and sexuality. She is currently part of an exhibition at Nordiska Museet in Stockholm, where she has filmed and created several short documentaries showing how climate change has affected different communities and people of the Arctic. Find out more about The Arctic – While the Ice Is Melting. 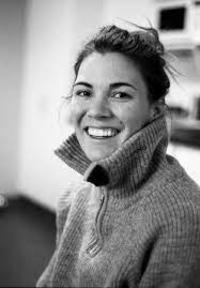 Professor Lotten Gustafsson Reinius is Associate Professor in Ethnology, Stockholm University and holds position as Hallwyl's Visiting Professor of Ethnology at Nordiska Museet in Stockholm. She has led a number of major collaborations involving collective research, teaching, artistic and curatorial activities, including focusing on the colonial heritage of ethnographic museums in Europe and the Arctic in the light of climate change, including leading on the exhibition The Arctic – While the Ice Is Melting at the Nordiska Museet in Stockholm. 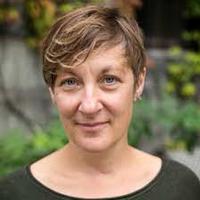