Beyond the Binary researcher Mara Gold provides more information about witchcraft and the LGBTIQ+ community.

The witch in bottle

There is a long history of witchcraft and the LGBTIQ+ community, both in terms of queer culture and faith as well as the way LGBTIQ+ people have been persecuted throughout history. One of the most famous objects in the museum, this glass flask reputed to contain a witch is an excellent starting point to tell some of these stories. 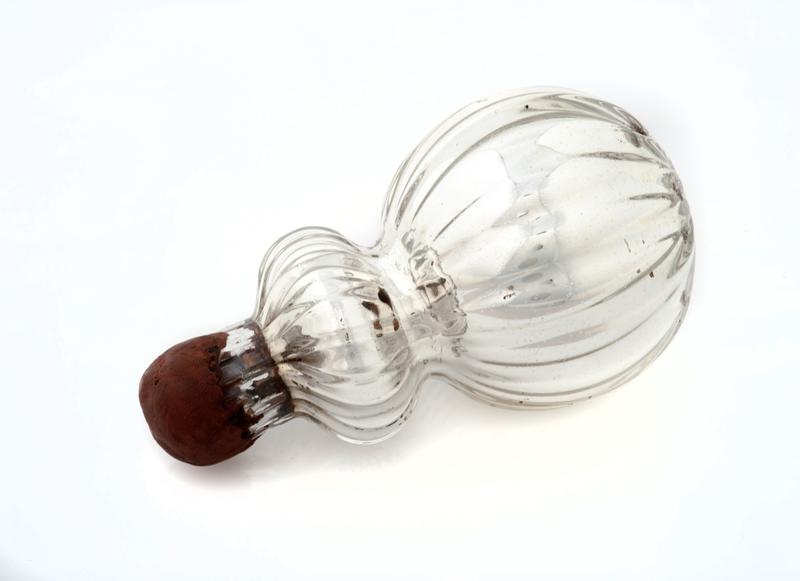 This bottle represents the oppression and persecution of those who were outside ‘acceptable’ binaries. Some of these so-called witch bottles were used to ward away spells or disease but others were used specifically to harm supposed witches. The victim of the witch would include urine in the bottle, which would stop the witch from urinating until the spell was removed, causing some serious pain. Interestingly, many techniques used to ward away witches involved the use of spells.  The witch apparently trapped in this bottle was never freed, upon the warning of the original owner. It also shows that although that last execution of witches occurred in 1682, beliefs about magic and witchcraft were alive and well within English folkloric traditions into the 20th century, particularly in the southernmost points of the country.

Those accused of witchcraft were generally those that didn’t fit the norms of the gender binary, including LGBTIQ+ people and poor older women discarded by society. The gender statistic for these witches varied from country to country. For example, in England and Germany most of the victims were women, whereas places like Iceland almost all were men. Much of the derogatory terminology about homosexual men in the English language evolved from early modern witch hunts. The term ‘faggot’ came from the bundles of sticks that witches and other heretics were burned on; ‘fairy’ was initially another name for witch; ‘buggery’ stems from bulgarus, the Latin term for Bulgarian, due to their rejection of traditional Christianity.

The collector and LGBTIQ+ history

The collection history of this particular bottle, or rather the collector herself, also provides some clues about LGBTIQ+ history. Margaret Murray was an archaeologist, folklorist and feminist activist who developed what is now known as the Murrayite witch-cult theory during the First World War. She posited that the early modern witch trials were in reaction to the continuation of pre-Christian pagan traditions that authorities wished to stamp out. She described a religion based around the worship of a horned god who had become associated with Satan, but also included elements from other pagan contexts. She focussed on figures such as Joan of Arc, suggesting that Joan was not a martyr for Christianity but for paganism. In The Witch-Cult of Western Europe, she suggests that Joan was a member of the Dianic cult and that Joan’s male attire was an outward sign of that faith. The modern iteration of Dianic Wicca (based on female-centred goddess worship) was developed in the 1970s and has a large membership of queer women. Murray never married and devoted herself to her work, prioritising public outreach and women’s education.

Whilst now disproved, her work was hugely influential, particularly amongst the LGBTIQ+ community and in the new religious movement of Wicca, which was developing at this time. An early gay rights activist, Arthur Evans’ 1978 book Witchcraft and the Gay Counterculture (published by Fag Rag Press) drew on Margaret Murray’s ideas and elaborated on them from an LGBTIQ+ context. He also re-evaluated figures such as Joan of Arc, who he believed to be either transgender or a cross-dressing lesbian. His work, whilst not a bestseller, made an impact on LGBTIQ+ activism and culture and was part of a much wider tradition of LGBT paganism (such as the Radical Faeries), which encouraged ritualistic practices that can still be seen in contemporary activism. A lot of these ideas were based on the (very true) premise that throughout history Christianity has been the great oppressor of the LGBTIQ+ community and therefore an alternative model of faith must be sought to attain freedom from this oppression.

Witchcraft and the LGBTIQ+ community

Histories of both the LGBTIQ+ community and of witchcraft often have to be considered in relationship to one another in order to be fully understood. Whether it be queer astrology, lesbian witches on mainstream television (such as Buffy the Vampire Slayer’s Willow and Tara) or real wiccan practices, Esotericism and queer culture remain inextricably linked.