Beyond the Binary researcher Mara Gold explore the connections between Ancient Greece and lesbian culture.

Ancient Greece has been important to queer women’s culture for centuries, particularly all-female communities such as Amazons, and Maenads, as well as the poet Sappho of Lesbos.

An Ancient Greek double-headed axe, the labrys has been a symbol of lesbianism since the 1970s, although the ‘official’ labrys lesbian flag – seen on the bottle opener/keyring in the exhibition - was not designed until 1999. The labrys was originally an important symbol of Minoan religion on Crete (c. 2700 – 1450 BC) and always belonged with female goddesses. Also associated with Amazons, it was later claimed as a symbol of women’s empowerment, inspiring many lesbian tattoos and accessories. Whilst the black triangle (reclaimed from Nazi Germany along with the pink triangle) remains popular, the usage of the labrys has waned in the queer community due its association with second wave lesbian feminism and TERFs (trans exclusionary radical feminists). However, new versions are emerging that incorporate elements of the trans flag to denote trans inclusivity.

The Amazons have become role models for feminists and queer women. They were a mythical tribe of warrior women, commonly seen as overly aggressive and an enemy of the Ancient Greeks. They lived and trained together in isolation and were known for their skills in archery, with some traditions indicating that they cut off one breast in order to use a bow and arrow more easily. To the Greeks they represented the undesirable and barbaric ‘other’, often standing in for ‘the enemy’ in Greek architectural features and works of art.

This negative connotation of Amazons continued until the 20th century and was used as a slur against suffragettes, butches, and gender nonconforming people until queer women began to reclaim the term for themselves. The term became popular for lesbians in early 20th century France, including the infamous Natalie Clifford Barney and her circle of queer women. The bisexual artist Marie Laurencin created several sketches and paintings on the theme ‘Amazon’, featuring Natalie as muse and model. This tradition reached its peak in the 1970s and 1980s with many groups, publications and teams taking inspiration from this mythical community of women. One such team was New Zealand’s lesbian softball team The Amazons. Formed in 1977, they became an important part of LGBTQ+ activism in New Zealand. Their logo also included the double-headed axe or labrys.

Amazons have also featured prominently in pop culture, with references to them in shows popular with queer women such as Buffy (link to QR page about Buffy) and Xena. One of our most iconic heroines is an Amazon herself – Wonder Woman.

Sappho (c. 630 – 570 BC) was a poet from Lesbos and the origin of the word ‘lesbian.’ Whilst we do not have many proven facts about Sappho or her true sexuality, we do know that she ran a poetry school for women on Lesbos and wrote very passionate poems about women it would appear she had relationships with, particularly her students. Whether or not she was a lesbian by today’s standards is not as important as the impact she has had on the lesbian community. She famously stated, ‘someone will remember us I say even in another time’ and that couldn’t be truer. Her status as lesbian icon was largely established in the late 1800s when Henry Thornton Wharton finally published a translation of Sappho using the correct female pronouns in a modern language (these had been changed to male previously to make it look like she was writing about men). References to and worship of Sappho became commonplace as a form of queer coding and ‘sapphist’ was initially used instead of ‘Lesbian’ (which was first written with a capital ‘L’ to indicate that they were citizens of Lesbos).  Many lesbian poets and writers tried to style themselves on Sappho, including H.D., Michael Field and Elsa Gidlow. Lesbos was, and still is, a lesbian spiritual homeland both as an imaginary utopia and a real place. It is a site of pilgrimage, and a lesbian festival takes place on the island every summer.

Crete became a symbol of modernist feminism, due to the belief that Minoan religion and society was matriarchal (because of the prominence of the Great Goddess figure, although we now know they had male deities). Queer modernists were particularly drawn to Crete, its goddesses and the figure of Ariadne (a Cretan princess involved in the Minotaur myth). The poet H.D. (or Hilda Doolittle) was obsessed. She was convinced that she had a past life on Crete and held séances to try and gather more information. H.D.’s connection to Ancient Greece was part of a long tradition in queer heritage. She translated and wrote about Sappho and analysed her sexuality with Freud through the help of an Athena statuette.

Mara Gold (Beyond the Binary Researcher) 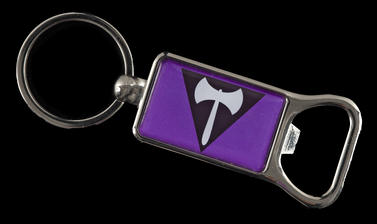 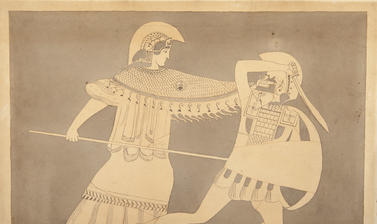 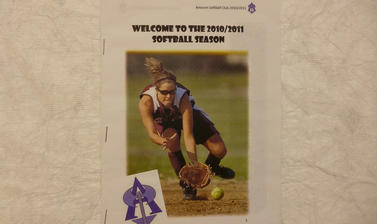 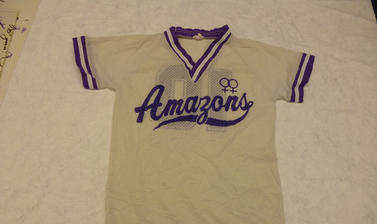