The Beyond the Binary exhibition brings together the diverse perspectives of LGBTQ+ researchers, artists and community activists to create space for self-representation in the museum. On this QR page, Beyond the Binary researcher Mara Gold explores the identities and influence of pioneering archaeologists Dorothy Garrod and Francis Turville-Petre.

Dorothy Garrod, the first female Oxbridge professor, revolutionised her field and led all-female excavation teams. Her achievements were often diminished in the press and ridiculed because of her gender, such as ‘Woman Professor Who Forgot’ about the time she received a parking ticket. Her success as an archaeologist, however, inspired other women and demonstrated the growing professionalism of women in the early 20th century. She recognised a growing interest in archaeology among women and supported her female colleagues by leading all-female excavation teams that created pioneering techniques still in use today.

Openly gay, Francis Turville-Petre was less famous for his work in archaeology and more notorious for his personality and lifestyle. Known for being difficult to work with, he pursued other interests in Europe and made a name for himself through the famous gay acquaintances he met in Berlin during his stay at the Magnus Hirschfeld institute from 1928 to 1931. He became a guide and muse for younger gay visitors, such as Christopher Isherwood and W.H. Auden, who featured him in their work. He then rented a private Island in Greece but soon became disillusioned by what he felt was a lack of culture. Isherwood described his visit as ‘farcical but grim’ and fictionalised it in Down There on A Visit, describing him as a ‘gay eccentric wastrel with a penchant for Greece’ and inspiring stereotypes still in use today.

Both studied at the Pitt Rivers Museum for a Diploma in Anthropology, where an environment of equality was already being fostered in the early 20th century. 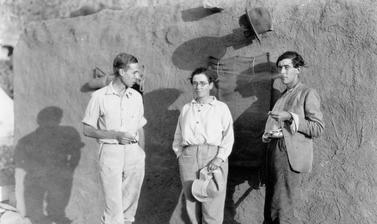 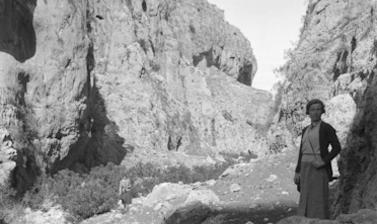