Beyond the Binary researcher Mara Gold suggests where you can find recordings of the sounds of the Pūtōrino (bugle flute) and Kōauau (small flute).

We invite you to watch this 12 minute short film following the journey of Jerome Kavanagh, a young Māori practitioner of taonga puoro (traditional instruments used in sacred, ritual and healing ceremonies) as he revives ancient ancestral practices in our contemporary world.

I chose this particular clip as it not only includes the beautiful sounds of nature in Aotearoa alongside the two flutes, but he also explains to us the feelings and instincts behind playing traditional music. Importantly, he shows us how these practices survived in the face of colonialism and shares his skills with other indigenous musicians.

These are two additional options available on YouTube to listen to these flutes. The first is Rob Thorne playing the Pūtōrino in the Durie Hill tunnel, Whanganui, New Zealand. The second is Eliana June Ngangaru-Delamere Phelan playing the Kōauau.

In this film you can hear the thoughts of members of the Ahakoa Te Aha Kapa Haka Group on sexuality, as well as listen to them singing for their dead transgender sister Natasha. Ahakoa Te Aha is a community kapa haka group in Auckland, New Zealand. 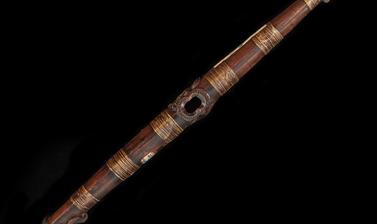 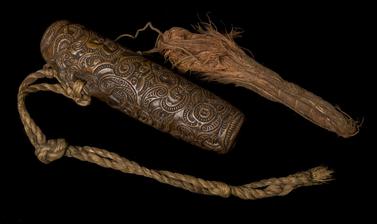 In the 1849 manuscript Nga Tama a Rangi (The Sons of Heaven), there is an alternative version of the love story between Tūtānekai and Hinemoa. Tūtānekai, loved Hinemoa, but had deep affection for Tiki, his takatāpui (intimate same sex companion). The two mourned for each other when Tūtānekai married Hinemoa. So Tūtānekai arranged for Tiki to marry his sister, then they could all live together. They bonded playing the flute together, Tūtānekai with his pūtōrino and Tiki with his kōauau.