The Beyond the Binary exhibition brings together the diverse perspectives of LGBTQ+ researchers, artists and community activists to create space for self-representation in the museum. On this QR page, Beyond the Binary researcher Mara Gold explores beliefs about the ‘wandering womb’ in Roman culture.

Wandering Womb
“Women’s bodies were misunderstood in the Classical world, causing women to rely on a combination of questionable medical practices and religious belief. Most women’s health issues were blamed on the uterus, therefore votive offerings (such as the Roman pottery uterus and bladder seen in the Beyond the Binary exhibition) were left at sanctuaries and sites of healing. The ‘medical cure’ for most ailments was pregnancy and marriage, as empty wombs were likely to dry out and/or wander around the body causing all manner of problems such as suffocation. Unmarried women were considered at risk of suffering hallucinations or throwing themselves down a well. Other temporary fixes were used alongside votive offerings to encourage the womb back into place. This included both pleasant and foul-smelling aromas, pessaries and even inserting a feather in the nose to induce sneezing.”

Menstruation
“Women were considered weaker than men and did not do the same hard work that caused men to sweat out ‘excess’ fluid. Menstruation was believed to be a corrective tool for women’s inferiority. However, people were most concerned about how menstruation might affect reproduction. If a woman’s period lasted for more than four days and she bled heavily, she was considered sickly and likely to have difficulty carrying children. If a period was light and lasted for less than three days, the woman was considered healthy but masculine with no interesting in childbearing.”

Hysteria
“The word ‘hysteria’ comes from the Greek word for uterus, telling us a lot about attitudes to women throughout history. The Greeks and Romans used ‘hysterical suffocation’ to describe the feeling of heat and breathlessness caused by the wandering womb. The first English book on the subject was published in 1603. The Suffocation of the Mother (mother meaning womb) blamed the wandering womb for witchcraft and claimed that ‘witches’ on trial were victims of their own bodies. The author, physician and chemist Edward Jorden gave a testimony at the trial of a woman named Elizabeth Jackon, and unsuccessfully argued that no supernatural evil was at play but a natural disease. The treatment of hysteria remained popular until the 20th century, when new ideas emerged about using orgasm as a cure (leading some doctors to use vibrators and devices on their patients).” 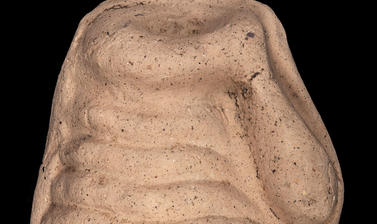 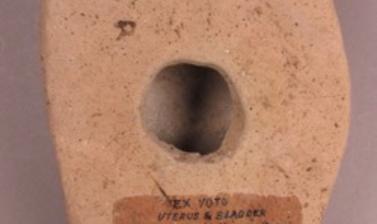