Beyond the Binary researcher Mara Gold explores queer representation in Buffy the Vampire Slayer, a cult TV series for many people in the LGBTIAQ+ community.

Buffy The Vampire Slayer’s witches Willow Rosenberg and Tara Maclay were, in the early 2000s, the first recurring lesbian couple on primetime TV. The network supported the storyline but issued strict guidelines on what could appear on screen. Their relationship is developed sub-textually, using magic to stand in for lesbianism. This follows a long-established connection between witchcraft and queerness including the persecution of LGBTIQ+ people as witches.

Show creator Joss Whedon had always planned for either Willow or her best friend Xander to be gay, and in Season 3 Willow comments that the vampire version of herself is ‘kinda gay.’ Due to the network’s stance on showing lesbian physical affection, Tara and Willow don’t share a kiss until season 5’s ‘The Body’ (long after they meet in season 4), and when attention could be diverted by another storyline. The show also uses not-so-subtle spells, rituals and euphemisms to symbolise their physical closeness, including ‘She does spells with Tara now’ or ‘I’ve been thinking about that last spell we did all day.’ In Season 7 the show depicted the first lesbian sex scene to appear on broadcast television.

Season 5's ‘Family’ deals with the themes of family homophobia and conversion therapy using the metaphor of Tara’s supposed ‘demon side’. It ultimately highlights the importance of chosen family.

The couple draw on other references to lesbian heritage including Ancient Greece (which has served as queer coding for several centuries). Examples include Willow painting Sappho’s ‘Ode to Aphrodite’ on Tara’s back, and the use of phrases such as ‘strong like an Amazon’.

Despite finishing almost two decades ago, the show and its beloved lesbian couple are enduringly popular. Original figurines and new items such as Lego figurines, are highly sought after.

The show is not perfect (the lack of casting diversity being an obvious issue) but the representation of lesbianism in the show has been life-altering for many queer women. 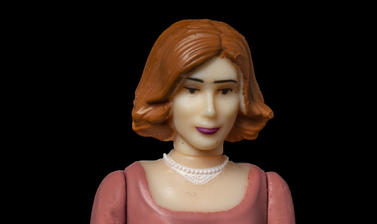 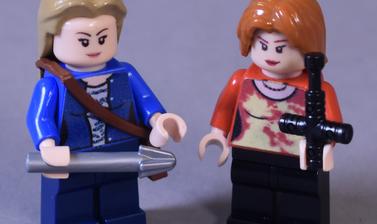